An option to import data from AutoCAD (DXF / DWG) files has been added to NetStork. This enables NetStork to easily upload network data from one of the most popular engineer / designer formats.

Data import is equipped with a mechanism for node identification. In addition to standard DXF objects such as points and blocks, NetStork also recognizes Hatch, Leader, Solid, and 3DFace objects. In addition, two other node recognition algorithms are added::

It means that NetStork is able to handle draws of low quality.

NetStork also has a mechanism for reading node descriptions (texts). There are two ways how to identify text:

Application NetStork has also added the ability to export data to DXF or DWG. 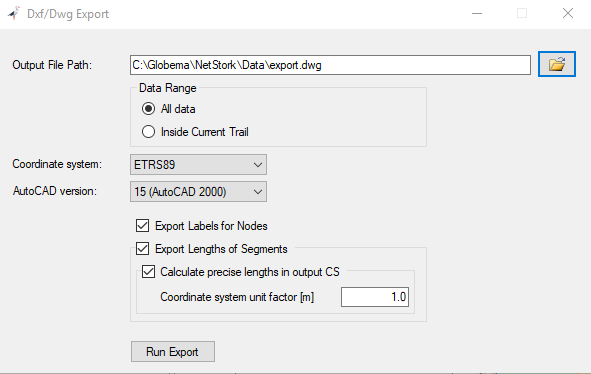